Kent by birth, Bristol by choice

[An Ungentlemanly Act title screen]
An Ungentlemanly Act
Stuart Urban’s sabre-rattling yet witty and ultimately downbeat take on the Argentine invasion of the Falklands. Bob Peck as Marine garrison commander Mike Norman, and Ian Richardson as island governor Rex Hunt, are amongst the thoroughly competent cast. Other familiar faces are early appearances by Marc Warren (Hunt’s son) and Aidan Gillen (as a Royal Marine).

[The Falklands Play title screen]
The Falklands Play
Straight-forward television adaptation of Ian Curteis’ play about the lead-up to the Falklands War (which had had a long and tortuous history), focusing on discussions and debates among the Tory Cabinet, with Margaret Lodge as Thatcher. Neither as cringeily jingoistic as it might have been, nor as objectively critical as it should have been, there are some decent turns from older actors, including gravel-voiced Michael Cochrane from The Archers as Nicholas Ridley, and John Standing as Willie Whitelaw. Colin Stinton plays Al Haig as comic straight man. Directed by Michael Samuels.

[True Crime title screen]
True Crime
Really rather dull thriller directed and starring Clint Eastwood, about a washed-out New York newspaperman relocated to Oakland where through a serious of coincidences he ends up working against the clock (HE DIES AT MIDNIGHT!) to save the life of a Death Row prisoner whose guilt in the murder of a shop cashier he has come to doubt. Adapted from a novel by Andrew Klavan, who is seemingly rather a dick.

A terrible mash-up of all too familiar clichés and over-cooked tropes, with spartan story mechanics and barely an attempt to create anything special or intriguing or unique. In the plus column we have James Woods (definitely a dick, but a talented one) in a bit-part as Eastwood’s editor. Isaiah Washington, as the condemned man, and LisaGay Hamilton, as his wife, seem like they are performing in entirely a different movie to everyone else – a heartfelt, meaningful, decent film.

[Iron Man title screen]
Iron Man
Jon Favreau’s franchise-launching superhero movie, with Robert Downey Jnr as everyone’s favourite quip-mongering death-dealer. Unlike many of the subsequent MCU entries, it is at least pretty straightforward to follow, though not without bits that drag.

[Moonraker title screen]
Moonraker
Cheesy but fun Bond business, representing the midpoint in Roger Moore’s tenure. This time round we end up in space, trying to sabotage megalomaniac industrialist Drax (Michael Lonsdale) and his plan to create an orbiting Ark full of his designated cadres, with which he intends to repopulate the Earth he intends first to flood with a deadly nerve gas. Jaws makes a comeback, there’s excellently silly space battle, terrible SFX, and awful double entendres. Lois Chiles is the lead Bond girl, an undercover CIA agent working with 007. Lewis Gilbert directs for the third and final time, reuniting with the screenwriter from his second (The Spy Who Loved Me), Christopher Wood, whose scripting history includes four (four!) Confessions sex comedies.

[My Neighbour Totoro title screen]
My Neighbour Totoro
Hayao Miyazaki’s masterful animated ode to the mystery and playfulness of childhood. A father and his two young daughters relocate from the city to a near-derelict old house in the country to be closer to the hospital where his wife is recovering from a long illness. Whilst their father settles in to his work, the girls explore their new surroundings and discover friendly soot sprites – and befriend a giant forest spirit that they dub ‘Totoro’.

[The Notebook title screen]
The Notebook
Another one of them long-across-the-tracks period romance things, with Ryan Gosling and Rachel McAdams as a a lowly lumber worker and a well-to-do heiress who fall in love in the American South in the 1940s, only for obstacles in the way, etc. Directed by Nick Cassavetes from a novel by Nicholas Sparks, and with James Garner and Gena Rowlands adding a bit of class as the lovers in their twilight years.

[Aladdin (1992) title screen]
Aladdin (1992)
The creative peak of the early ‘Disney Renaissance’ animated features of the late 80s/90s, with the Arabian Nights tale given a glossy, cheeky makeover, and with Robin Williams turning in a memorably lose improvised voice performance as the Genie.

[Demolition Man title screen]
Demolition Man
Silly, typically mid-90s mindless Hollywood action nonsense, with maverick cop Sly Stallone and psycho criminal mastermind Wesley Snipes thawing out in future megalopolis San Angeles having been cryogenically frozen nearly forty years prior. More than a hint of classic Judge Dredd-esque silliness as the pair rampage through their new surroundings, where crime and violence have all but been eradicated. Appearances from Nigel Hawthorne, Sandra Bullock and Dennis Leary liven things up; directed by Italian-Canadian Marco Brambilla, who appears to be more of a conceptual video artist than a franchise captain, which makes this all the more bizarre.

Zodiac
David Fincher tackles serial killers for the first time, and on reflection it is a very accomplished, creepy piece of work, based on San Francisco Chronicle cartoonist Robert Graysmith’s account.

Black And Blue
Military veteran (Naomie Harris) returns to her old ends in New Orleans as a rookie cop, and soon finds herself embroiled in some major shit. Frank Grillo is a bent narc on her tail. Fairly accomplished thriller from Deon Taylor, who is not someone whose work I have come across before, but who is clearly talented.

BTK: A Killer Among Us
Fairly sober documentary which mostly avoids luridness (mostly), and features amongst its interviewees Kerri Rawson, daughter of BTK himself, Dennis Rader.

The Great Escape
Classic ensemble PoW action, underpinned with pathos. Top hole from John Sturges (adapting from Paul Brickhill’s account) and his cast, and fascinating to see how different it is in style and pace (and yet very similar in other ways) to The Wooden Horse, which was based on Eric Williams’ book about an earlier escape from Stalag Luft III. 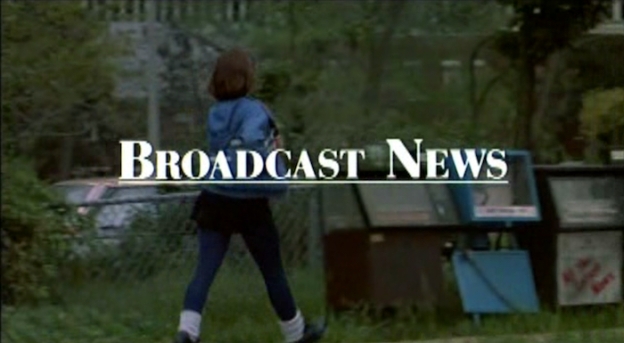 Broadcast News
James L Brooks’ follow up to Terms Of Endearment is a pleasantly mature love triangle set in a network news office, with manic producer Holly Hunter falling for vacuous new anchor William Hurt, but herself the subject of a crush from her best friend, reporter Albert Brooks. There’s no really big moments, it just hums along nicely, and believably.

U Turn
Bemusing neonoir from Oliver Stone, with drifter Sean Penn trapped in a crappy little Arizonan town thanks to a blown radiator, with a loan shark’s goons on his tail, and various local characters conspiring to prevent his leaving. With Jennifer Lopez as the femme fatale, Powers Both the gruff sheriff, Jon Voight in redface as a gnomic Vietnam vet, Nick Nolte at his grimmest as a venal realtor, Joaquin Phoenix and Claire Danes as teen lovers, and Billy Bob Thornton giving his all as the town’s mechanic. For all the flashy cutting and visuals, it’s just a bit pants. Adapted from a novel by John Ridley, who later scripted 12 Years A Slave. 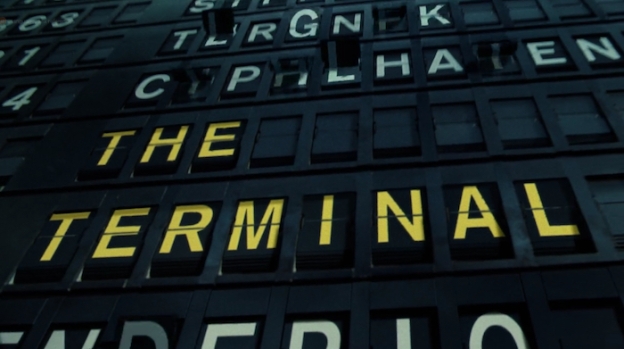 The Terminal
Steven Spielberg and Tom Hanks in inspired by a true story territory once again, here in a fairy tale about a mild-mannered traveller getting stuck in bureaucratic limbo in an American airport when political intrigues in his homeland leave him stateless. Moderately entertaining trifle, with Catherine Zeta-Jones as the love interest, and Stanley Tucci as the arch-nemesis.

[Catch Me If You Can title screen]
Catch Me If You Can
Enjoyable inspired by a true story romp from Steven Spielberg, sourced from Frank Abagnale’s ghosted memoir about his globetrotting teenage exploits as a cheque forger and conman. Leonardo DiCaprio full commits in the lead, with Tom Hanks his dogged FBI pursuer.

[Alien: Covenant title screen]
Alien: Covenant
Ridley Scott’s third bite of the xenomorph cherry, and boy does a lot of the CGI creature work look a bit ropey on the small screen now. Convoluted plot, which revisits too much from the first two movies, but some strong moments. Michael Fassbender, Billy Crudup and Danny McBride turn in decent performances.

Primary Colors
Joe Klein’s roman à clef about Bill Clinton’s run for president gets a not-great film adaptation from Mike Nichols. John Travolta and Emma Thompson are pretty decent as the power couple at the heart of it, and Kathy Bates chews the scenery as the campaign’s investigator, but it’s oddly constrained in its staging. And it wavers unconvincingly between comedy and melodrama.

A Week In Film
Create a free website or blog at WordPress.com.