Nothing Personal
Dark, depressing film by Thaddeus O’Sullivan set in Belfast 1975, mostly in the Loyalist milieu, during a ceasefire between paramilitaries. Whilst the parallel story of Liam, a Catholic man (John Lynch) trying to get home – and of his children wondering where he is – doesn’t quite work (interesting ideas though there are), the marrow of the film is tragedy, and it focuses on Kenny (James Frain), a tired, driven, flawed man.

Kenny is a Loyalist gunman, a middle manager in the business of bloodletting, by turns expedient and idealistic, hubristic and honourable, optimistic and fatalist. As is often the way in clandestine war, he is saddled with personnel whom one would not necessarily choose, except through necessity; Ian Hart is ferocious as trophy-hunting killer Ginger. But it’s not just a paucity in the moral fibre of others – Kenny is not a good man reluctantly doing bad things in pursuit of a golden dream; he has become a monster, an affable, well-liked, charismatic monster, characterised by monstrous deeds. Ginger is a red herring, less of a monster than Kenny, because he never dresses up what he does in terms of rightness or morality.

Michael Gambon is very good as pragmatic Loyalist godfather Leonard (and Gerard McSorley as his Republican opposite number Cecil). The all-in-one-long-night structure could have been worked tauter, better. The children of Liam (and the various other youngsters connecting the strands together) were relatively good, but tended to drag the tone down to a different place. The voices of women could definitely have been worked into the film better – Maria Doyle Kennedy worked hard with what she had as Ann, but there wasn’t really that much exploration of her role or the roles of women in the story.

The Man Who Knew Too Much (1956)
Probably my least favourite Hitchcock, and IMO far less enjoyable than the 1934 original. It just seems to lack vim, pace, excitement, tension. Supposedly Hitchcock preferred the remake, though I can’t really see why. It takes an hour before anything really happens! The Albert Hall assassination attempt is wonderfully staged, though. The ending is peculiarly sudden, and without any real sense of resolution. And there’s no villain of the calibre of Peter Lorre. 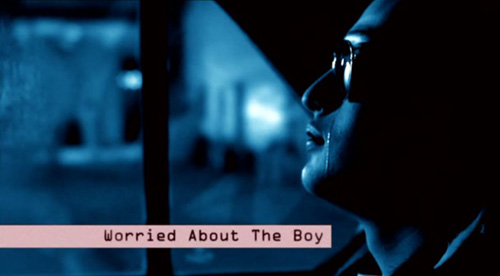 Worried About The Boy
Rather enjoyable biopic about the early days of George O’Dowd AKA Boy George, with some creditable creative flourishes. Whilst the superficial story (and it is largely a superficial story) has echoes of Stephen Fry’s horrid Pretty Young Things film (dull, unlikeable, facile people doing dull, unlikeable, facile things), when it breaks away from overused tropes and LOOK! MALCOLM MCCLAREN! moments of familiarity, it is somewhat fulfilling, painting an interesting portrait of a man struggling to find himself a pedestal to clamber aboard.

Not so keen on the Stars In Their Moments-type sketches of minor celebs we know mostly from half-remembered Top Of The Pops episodes, nostalgia clip shows and reality TV, but that said good to see Marc Warren as Steve Strange. Douglas Booth seemed appropriately self-absorbed as George, and Mathew Horne was very good as Jon Marsh, the drummer who seems finally to inspire George to do something rather than just trying to be something.

With this and Red Riding, director Julian Jarrold has definitely atoned for churning out the worst (pre-Hong Kong) Cracker storyline (the Midsomer Murders-like Big Crunch). 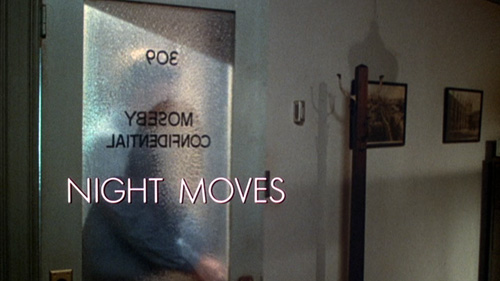 Iluminados Por El Fuego After a former comrade-in-arms tries to kill himself, Argentine TV reporter Esteban (Gastón Pauls) reflects upon their time as malnourished, ill-equipped, maltreated conscripts shivering in icy dug-outs awaiting the British invasion of Las Malvinas/Falkland Islands in 1982. Tristán Bauer’s film didn’t really work for me, though there were interesting bits. 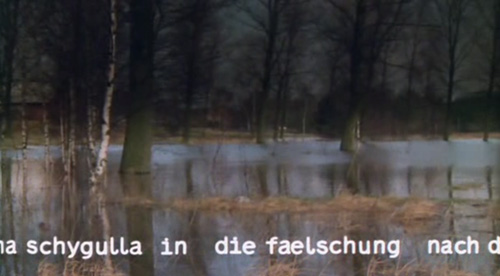 Die Fälschung Volker Schlondorff film on the internecine Lebanese civil war in the mid-80s, through the eyes of a German journalist, Bruno Ganz. Much less three-acts-and-standard-narrative than similarly set films like Under Fire, The Year Of Living Dangerously etc, with lots of random acts of barbarism, actions without consequences, no end in sight, no redemption motifs. Visually more than matches the emotional punch of The Killing Fields.

Hot Tub Time Machine
Can’t believe I forgot to mention this! Silly, not taxing, but mirthsome. The title says it all – it’s a time travel comedy that doesn’t get into serious plot detail over the whys and wherefores – there’s a hot tub, it’s a time machine, and we’re back in the 80s where John Cusack and his middle age buddies and his teenage nephew get to right the wrongs of the past, or something. The LLF said it was much better than she thought it would be (but then she did have incredibly low expectations).

Doghouse
Okay, it’s a zombie comedy flick, with Danny Dyer and a bunch of other familiar faces (Rose’s boyfriend from Doctor Who, the “You KNOW why!” scary teen from Spaced‘s excursion to Camden, a minor brother from East Is East, Turbo Terry Stone, the junkie bulimic’s ex from This Life, etc) as a gang of lads taking their friend – Diddy Stephen Graham – on a trip to the country to take his mind off his divorce.

It’s directed by Jake (Evil Aliens/Razor Blade Smile) West. Normally (to my mind) this would make it oods-on likely to be a decent (if undemanding) film. But it’s not. It’s bloody awful. It’s not really funny, it drags, there’s a nasty streak of misogyny in there, and the cast doesn’t really gel. Having tried to steal the magic romcomzom formula perfected by the Shaun Of The Dead team, West fucks up his sums, and just serves us up repetitive, unimaginative red corn syrup spillage. Perhaps not having any strong female speaking roles has stymied him – Emily Booth is here, but only as a scissor-wielding zombie; and no Eileen Daly.