The French Connection
A damn fine week, and busy with it, so only had a chance to watch one film. Got a spiffy cheap DVD of it (plus the book it was based on) from Zavvi or whatever it’s called in the Galleries – only £2.99!

It’s all very familiar, one of those films you watch countless times, but it really does retain its raw magnificence. This time round I’m particularly enjoying Don Ellis’ often discordant score, which emphasises waiting and routine and boredom with occasional surprises of excitement and energy.

The Black Windmill
Bloody awful spy film adapted from a bloody awful spy book. Don Siegel directs with a certain amount of visual flair, but the edit is flabby, the action scenes are cringeworthy, and there is no structural tension (it reminds me in some respects of Peckinpah’s lamentable late period spook thriller The Killer Elite – little care or interest in evidence anywhere). Similarly the script (by Leigh Vance) is full of irritating flaws which, it seems, no one bothered to address in pre-production. That said, Clive Egleton was a lazy writer in the first place, and the whole thing is cliché stuck to thievery, without even an attempt to pretend it’s ‘homage’. Michael Caine undoes the work he did to reinvent the spy thriller with his Harry Palmer as a third-rate stereotype here.

The Last Valley
Airport doorstep writer James Clavell (also script jockey behind The Great Escape) has a decent stab at making the Thirty Years’ War interesting; Michael Caine plays the cynically pragmatic, nihilistic Captain, who rests his mercenary band of cutthroats in a bucolic, unsullied German village over winter whilst Europe burns around them, Omar Sharif is a teacher just trying to survive.

I’d never heard of this until I was idly looking through Caine’s filmography on Wikipedia for movies of his I’d not seen, and after reading an interview with him which bigged it up, I thought I’d give it a crack.

It’s not wholly successful – Clavell seems to suffer from the same author-as-director condition as Michael Crichton did with his own The First Great Train Robbery screen adaptation, trying too hard in his editing to gather up narrative steam, and instead trimming too much and forcing scenes against each other with no space to breathe. There’s too much long shot, but without managing to provide spatial overview. Time passes in the story without the film ever succeeding in keeping the audience with the pace. But there are good performances, and thematically it is very interesting. 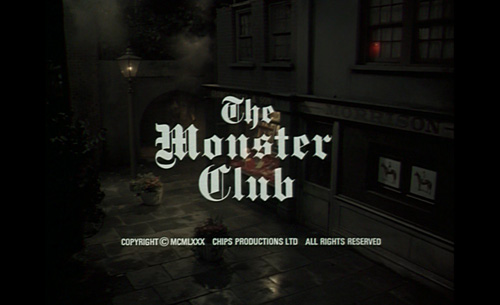 The Monster Club
A bit of an oddity, this. I came across it whilst browsing through IMDb, and it sounded interesting enough that I added it to my ‘Must See’ list, and from there it somehow ended up on my Amazon wishlist, and lo, did my mother give it to me for Christmas this year.

It’s an Amicus portmanteau horror anthology, in the vein of Dr Terror’s House Of Horrors and Tales From The Crypt but with individual episodes similar also to the modern day Hammer House Of Horror TV series. It’s not particularly scary, or convincing, or even funny, but there is definitely a charm at work.

The set-up is fairly laboured; horror writer Chetwynd-Hayes (John Carradine) is bitten by a vampire, Eramus (Vincent Price), who turns out to be a fan. Eramus then invites Chetwynd-Hayes to his private haunt, the eponymous Monster Club, whereupon he regales the author with an insider’s understanding of monster hierarchy, from vampires and werewolves all the way down to lowly shadmocks and humhouls – all whilst pub rock bands of the day perform terrible songs to poorly costumed freaks. This all leads into a series of illustrative inserts about different types of monsters.

Believe it or not, there is an actually rather accurate and useful IMDb user review which deals with the strengths and weaknesses of the film, so I’ll leave it there. But it is worth catching, and it’ll keep you on your toes spotting before-they-were-famous types hamming it up… Look! It’s the creepy whip from State Of Play in too much makeup! Isn’t that Eve Matheson’s replacement from May To December? Crikey, I think that’s Hamish and Hamish’s own son from The Camomile Lawn! 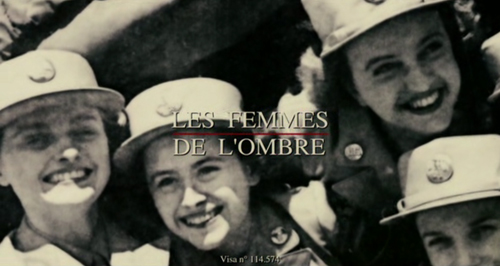 Les Femmes De L’Ombre
A fascinating premise – French SOE agents parachuted back to their motherland to carry out an audacious rescue of a British spy in the run-up to D-Day – but sadly a poor execution.

Fine actors (Sophie Marceau, Julie Depardieu, Marie Gillain, Déborah François) are wasted playing undeveloped characters which are barely functional clichés designed to represent different facets of la résistance (Gaullist, Catholic etc). Moritz Bleibtreu is quite enjoyable as a sadistic SS investigator, but it’s no patch on things like Carve Her Name With Pride, Is Paris Burning?, Atentat or even Charlotte Gray. For some reason it feels tonally similar to Inglourious Basterds, but again it is the inferior piece. 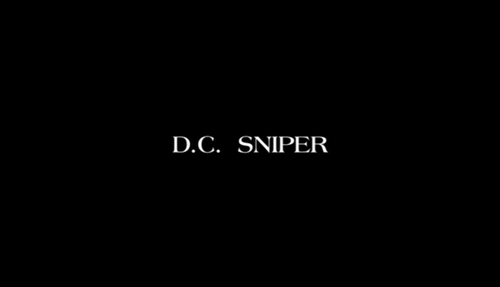 D.C. Sniper: 23 Days Of Fear
A reasonably gripping fast turnaround TV movie about the ‘Beltway Sniper’ duo who killed ten people in under a month back in 2002 (and possibly another eleven beforehand). Charles S Dutton is an effective suburban police chief, but Bobby Hosea is chilling as John Allen Muhammad, whose motive seems to be to create a terrorism-inspired smokescreen so he can kill his ex-wife and regain custody of his kids.

Whilst this adaptation loses much of the nuance of the novel, it retains the essence, and provides a platform for some excellent performances from the likes of Cyril Cusack, Oskar Werner, Peter van Eyck and George Voskovec. I’m not so sure Claire Bloom – Burton’s sparring partner in Look Back In Anger – quite captures the Liz of the book, but she certainly is believable, in a different way, as the screen version.

All The President’s Men
The in-laws got me a double DVD copy of ATPM, and very pleased with it I was too. Might have bored the LLF to death with my talk of dioptric lenses, though.

The Big Easy
I love this film, probably for the same reason I love Sea Of Love – both feature Ellen Barkin, and I first saw both aged about 12.

But this is a good, fun neo noir, set in New Orleans with Dennis Quaid as an easy-going cop trying to keep the lid on a spate of tit-for-tat gangland slayings whilst uptight DA Barkin comes sniffing round corruption allegations.

A definite chemistry between the two leads, some nice taut storytelling, and interesting characters mean you don’t really care about shonky Cajun accents and all that. Well, I don’t, not when I’m watching Ellen Barkin’s ‘foxy-aunt-stricken-by-minor-stroke’ phizzog.