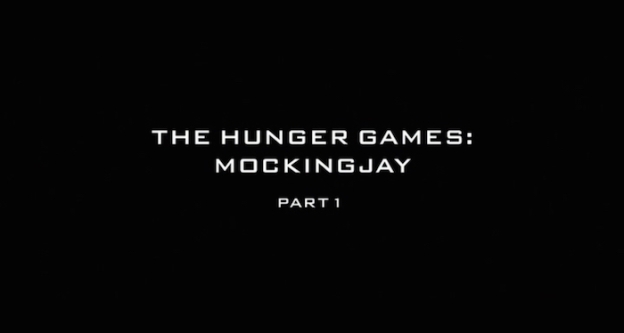 L’Assaut AKA The Assault
Dramatisation of the 1994 hijacking of Air France Flight 8969 by fundamentalists of the GIA during the peak of the Algerian civil war. Director Julien Leclerc (whose Gibraltar-set true crime thriller The Informant I rather enjoyed) keeps things moderately taut, though the bizarre choice to wash out virtually all of the colour is distracting, and much of the plot seems retroactively retooled to reflect 9/11, Munich, the United 93 legend and the likes of Zero Dark Thirty.

The Ghost
Rapey Roman Polanski directs Robert Harris’ potboiler about a ghost writer (Ewan McGregor) assigned to write the memoirs of a Blairish former British PM (Pierce Brosnan) facing war crimes charges with efficiency if little of his past flair. Competent but hardly a classic.

Tinker, Tailor, Soldier, Spy
Swedish comedy troupe veteran Tomas Alfredson seems an odd choice to boil down le Carré’s sprawling, byzantine first true Smiley meisterwerk into a two hour big screen feature, but he managed to convey much of the weight of the source material. A great cast (Oldman, Hinds, Hurt, Strong etc) certainly help the viewer skate over the odd choices of concision (moving locations, changing nationalities and so on), but ultimately the film does not deliver the tension-filled promise of the teaser trailer. Tom Hardy does make an impeccable Ricky Tarr, though. 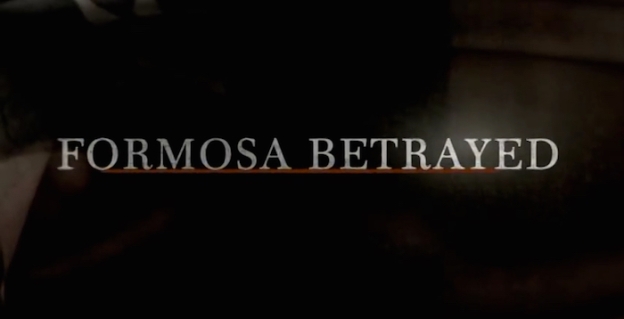 Formosa Betrayed
While no The Killing Fields, Adam Kane’s tale of Taiwanese political corruption – and Washington’s complicity – does at least avoid both cynicism and easy answers. James Van Der Beek is the FBI Agent who ends up in Taipei following leads after the murder in Chicago of a Taiwanese journalist.

My Cousin Vinny
Fun comedy drama about a barely-qualified New York Italian lawyer (Joe Pesci) who heads down to Hicksville, Alabama to defend his cousin (Ralph Macchio) and his pal (Mitchell Whitfield) who have somehow got themselves accused of murder.

The cast is great, round off with the likes of Marisa Tomei, as Vinny’s mechanically-minded girlfriend, Fred Gwynne as the suspicious judge, Lane Smith as a good ol’ boy DA, and countless others, all seemingly enjoying themselves under the direction of Jonathan Lynn and working with Dale Launer’s script.

Walesa. Czlowiek Z Nadziei AKA Walesa: Man Of Hope
It’s a shame to see Wadja’s artistry diminish with every new film – this one told me next to nothing about Walesa, except he is/was a bit of a dick, and Catholic. Too much flag-waving, and not enough engaging with the audience.

The Eichmann Show
Plodding dramatisation of the story of the television coverage of the war crimes trial of SS bureaucrat Adolf Eichmann in Jerusalem in 1961. Worthy but unexceptional, with Martin Freeman and Anthony LaPaglia essentially laying the same roles they always play – constipated and shouty. Very pedestrian when compared with director Paul Andrew Williams’ previous efforts London To Brighton and The Cottage. 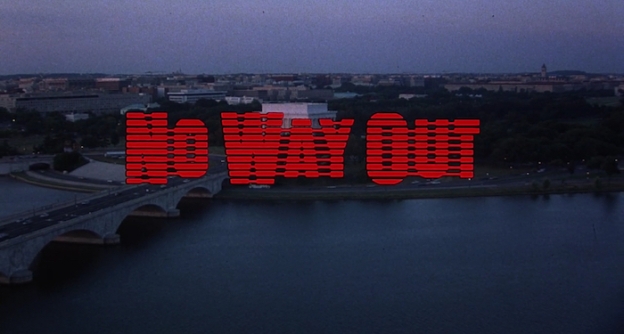 No Way Out
Journeyman helmer Roger Donaldson has a proper fair go here, with a remake of a 40s noir thriller. Sean Young is grand as a sort of femme fatale, Gene Hackman chews scenery as Secretary of Defense, but then our hero is Navy guy Kevin Costner, who gives off no sexual energy and runs like a fat kid’s dad on Sports Day. I enjoyed the silly twist, but too much of the film is taken up with a dull ‘close down the Pentagon!’ sub-plot. Still, George Dzundza in an electric wheelchair! Iman in a bit part! Will Patton attempting the record for most campy psycho screen villain ever!

Enemies Closer
Pete rhymes is well past his glory days with this barely workmanlike action thriller in which Tom Everett Scott(!) is our Ex-Special Forces Guy Hero Who Doesn’t Like To Talk About It, currently working as a park ranger when some Bad Guys (led by vegan terrorist Jean Claude Van Damme, who seems to be having a ball, though wobbles about like he’s got Parkinson’s) wreck his wilderness peace as they try to recover Some Drugs. Basically, boring.

Assassination
I’m a sucker for low-rent, throwaway 1980s Charles Bronson actioners, but this is definitely not one of the best. Charlie is a Secret Service agent detailed to protect the new First Lady (oh look, it’s Mrs Bronson, Jill Ireland!) who, naturally takes against him from the start. There’s a plot to kill her, some terrorists and zzzz… Boring, pointless, unconvincing action scenes and oddly flat chemistry between the two leads (though Jan Gan Boyd as a colleague of Bronson fizzes) do not bode well, and it’s clock-watching all the way through the second half.

A real turkey from director Peter Hunt, who previously gave us the best sixties Bond (On Her Majesty’s Secret Service) and the best Roger Moore non-Bond (Gold), was well as showing his editing chops on the likes of The IPCRESS File and most of Connery’s 007 outings.

’71
French director Yann Demange’s first big screen effort – after UK TV like Charlie Brooker’s Dead Set and the Top Boy series – is a confident and accomplished effort. We’re in Belfast, 1971, stranded in the unfamiliar streets of a hostile city along with young squaddie Jack O’Connell, after a riot separates him from his unit. Strong support from the likes of Killian Scott, Barry Keoghan and Charlie Murphy (all Love/Hate), Sean Harris (Red Riding), Paul Anderson (Peaky Blinders) and others make this a visceral ride.

Atari: Game Over
The story of the decline of Atari and its 2600 console, the failure of the E.T. – The Extra Terrestrial game, and the story of the consignment to landfill of untold numbers of cartridges following the falling financial fortunes of the company in 1983. A fascinating story, especially when we hear from those who worked at Atari, but the filmmaker – Zak Penn – inserts himself in to the story far too much.

Star Wars Episode III: Revenge Of The Sith
Bloody hell I find these prequels hard work, but the boy likes them. Pretty much forgettable, apart from the moment the Wookiees go over the top at Kashyyyk, the massacre of the younglings at the Jedi Temple, and the final showdown between Anakin/Vader and Obi-Wan on Mustafar.

Wild Card
The Stath stars as a gambling addicted, gun-averse Las Vegas troubleshooter who goes up against a psycho gangster (Milo Ventimiglia) who has fucked over one of his friends. Simon West (Con Air) worked with Statham on their remake of The Mechanic, and plays to the actor’s strengths, but apart from the likeability of the lead and the occasional visual flourish, there’s not much to recommend here. From the William Goldman novel Heat, which was previously made as a Burt Reynolds vehicle.

Doors Open
Comedy heist flick, with a bunch of middle class Edinburghians (Douglas Henshall, Stephen Fry, Kenneth Collard – planning to steal a bunch of famous paintings when the Scottish bank holding them in trust plans to sell them off to a private collector. Marc Evans (Snow Cake) directs a script by James Mavor, Mike Walden and Sandi Toksvig from a novel by Ian Rankin. Smug and dull.

The Nut Job
Pretty watchable CGI cartoon about squirrels being lured away from their park home thanks to junk food-touting humans.