Red Eye
Joyously silly genre thriller (shades of Nick Of Time) with hotel manager Rachel MacAdams tying to escape the clutches of a dangerous blackmailer whilst on a plane home at Christmas. Fun stuff from Wes Craven.

Murder At 1600
DC cop Wesley Snipes teams up with Secret Service agent Diane Lane to investigate a murder with political implications at the White House. Throwaway fluff of the sort I will lap up.

Finding Nemo
Pixar film. Motherless fish gets separated from dad. Tries to get back home. Quite good. 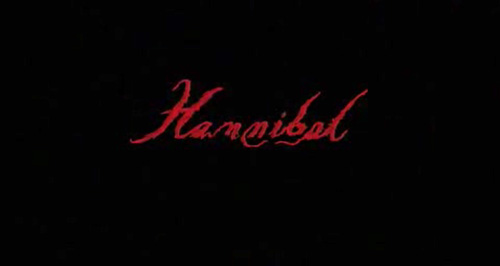 Julianne Moore is, dare I say it, more enjoyable than Jodie Foster, and better suits the whole absurd grand guignol goings on – Verger, Pazzi, Krendler and all those pigs… Talking of pork, Hopko stinks the place up with fetid ham aromas as usual, but it’s more forgivable with this sort of nonsense.

The Trouble With Harry
One of my favourite Hitchcocks – a sweet story of some small-town folks and a corpse. Simply delightful.

What’s not to like? Pulp filmmaking at its best. Take a bow, Richard Donner.

The Omen (2006)
Pointless and rubbish remake. Julia Stiles is even more ineffectual than in the Bourne flicks. Pete Postlethwaite and David Thewlis do their best to impersonate Patrick Troughton and David Warner. The sequences are mostly inferior carbon copies of the originals, though the reporter’s demise in Jerusalem is riffed upon in a moderately interesting way. Note: Prague does not look like London.

The Front Page
Rather lacklustre adaptation of the Hecht/MacArthur commemoration of the bawdy world of newspapermen in Roaring Twenties Chicago. Given that it revolves around Jack Lemmon and Walter Matthau, and is directed by Billy Wilder, that’s a shame. There’s some really unpleasant moments of misogyny and racism in there too, which the far superior His Girl Friday (the 1940 Cary Grant/Rosalind Russell one) managed to avoid despite being much closer to the source in time.

Bad Influence
One of the more interesting films from that yuppie terror cycle (cf Pacific Heights), with weedy Michael (James Spader) coming under the influence of self-assured and dangerously confident Alex (Rob Lowe). So far so bland; but midway there’s something of a twist, and the tone and pace changes rather effectively. Lisa Zane is most alluring as Claire, a woman Michael falls for, and Christian Clemenson is convincingly flakey as Michael’s stoner brother. An early effort from director Curtis LA Confidential Hanson. 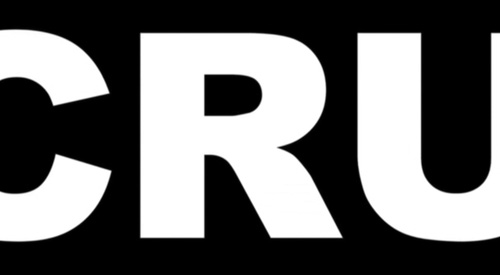 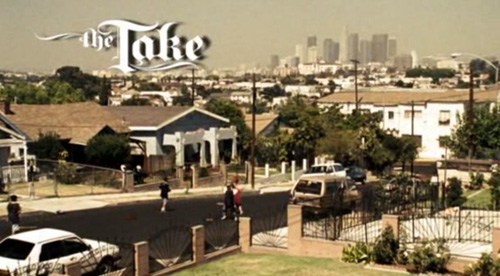 Rather well executed (if ponderous) story of a security guard (John Leguizamo) robbed, shot and suspected of being an inside man.

This was what the British film industry looked like in 1997. I see that the (American) lead, Dan Futterman, later wrote the Capote screenplay.

Bloody awful comic book adaptation with Angelina Jolie and Morgan Freeman paying the rent, and James McEvoy trying to break into Hollywood. It’s about weavers, and assassins, and, erm, stuff. Seems to have completely lost sight of what Mark Millar’s original was trying to say. The bullet bending stuff is nowhere as good as Equilibrium‘s Gun Kata.

Satisfyingly dark comedy about the American prison system, with Dax Shepard as John Lyshitski, a recidivist with attitude, and Will Arnett as Nelson Biederman IV, the son of his recently deceased arch-nemesis Judge Nelosn Biederman III.

Gregory Peck, Billie Whitelaw, Lee Remick, Patrick Troughton and David Warner all taking their hocks up to eleven in the cause of a great schlocky horror about the antichrist. Three of the most memorable deaths in my film watching life, as well as a genuinely scary safari park moment, an unsurpassed stunt fall – with the lead actress’s face in shot!, the Waldorf salad chap from Fawlty Towers, and an unsettling ending.