Spotlight
Old fashioned reporters-in-search-of-truth story, based on the real investigation by Boston Globe journalists of the abuse of youngsters by Catholic priests and the cover-up by their church over many decades.

Very strong cast – Mark Ruffalo, Rachel McAdams, Michael Keaton, Brian D’Arcy, Live Schreiber, John Slattery – and a poignant topic, but simply does not have the power of, say, All The President’s Men. That said, few things do. Only just noticed it was directed by Tom McCarthy, who as an actor played the fabricator journo Scott Templeton in the close-to-parody fifth season of The Wire. 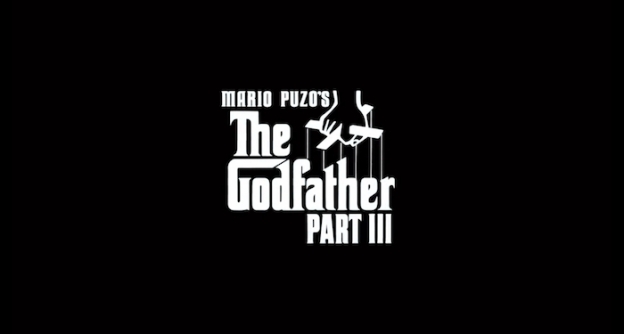 The Godfather Part III
Hey, I watched it because I got given the trilogy boxed set, and felt I had to give it a go. But it really was as bad as I remembered it. Shame on Coppola – such interesting themes (Banco Ambroisano, Pope JP1, Roberto Calvi, P2 etc), wasted. And characters previously drawn beautifully (Al Neri, Connie) here sketched out in neon glow wax crayons.

Oh, and Sofia Coppola and ANDY! GARCIA! doing their best to sabotage proceedings.

Star Wars: Episode 2 – Attack Of The Clones
Not as bad as Menace, not as good as Revenge.

The Hateful Eight
The least interesting Tarantino yet – a locked room mystery type affair, with a bunch of cowboy types stuck in a road house during a blizzard, with bounty hunters Kurt Russell and Samuel L Jackson both trying to get to Red Rock with their quarries (variously alive – Jennifer Jason Leigh – and dead) in order to claim their money, but suspicious of the strangers with whom they find themselves – Walton Goggins, Tim Roth, Bruce Dern, Michael Madsen, Demián Bichir. Lots of talking, some violence, not much spark.