United 93
Paul Greengrass delicately directs this reconstruction of 9/11 from the (imagined) perspective of the passengers onboard the plane that crashed in Philadelphia.

Munich
Inglourious Basterds pre-imagined by Steven Spielberg. Eric Bana, Daniel Craig, Ciarán Hinds, Mathieu Kassovitz and Hanns Zischler are a deniable team of Israeli assassins on the trail of the architects of the 1972 Olympic massacre. Thoroughly competent, but never is there much sense that it’s not all fantasy.

Cry Freedom
Dickie Attenborough does his Gandhi thing for Steve Biko, one of the leaders of the South African Black Consciousness movement, who was killed by police in 1977. Denzel Washington is excellent, it’s just a shame so much of the film is about white liberal Donald Woods (Kevin Kline).

In Bruges
Very good Martin McDonagh film with Colin Farrell and Brendan Gleeson as a pair of hitmen holed up in Belgium. There’s talking, some fights, maybe a little romance – basically it’s worth catching. And you know you want to see Ralph Fiennes as a cockney gangster.

wΔz
Odd crime thriller (also known as The Killing Gene) which seems to want to be Se7en on a Narc budget. Melissa George (yes, Angel from Home And Away) is a cop partnered with shades-of-grey detective Stellan Skarsgård to track down a vicious serial killer in an unnamed American city. Packed full of British actors (Tom Hardy, Ashley Walters, erm, Paul Kaye as a mad scientist), and helmed by a British TV director, a very odd – and unconvincing – film.

Once Upon A Time In The Midlands
Shane Meadows’ one misfire – a silly, meandering, pointless Brit flick whose purpose seems mostly to provide work for the nation’s actors. A shame because the film looks good, it features good actors, there are even some good scenes; it’s just nothing comes together.

In The Valley Of Elah
War vet Tommy Lee Jones tries to piece together what happened to his soldier son who has gone missing after returning from Iraq. Charlize Theron is the civilian cop who ends up helping him. Quiet, understated, unhysterical film, exploring interesting themes without signposting everything, written and directed by Paul Haggis, and beautifully shot by Roger Deakins.

The Great Ecstasy Of Robert Carmichael
I didn’t know where this film was going when I started watching. I didn’t expect it to take me to where it did. A quiet boy and his more forceful friends potter around a dull seaside town. Small transgressions lead to bigger ones. Debut director Thomas Clay pulls together some memorable scenes, and whilst I’m not really sure what the film is about or what it hopes to say, that final scene is certainly one that haunts the memory. 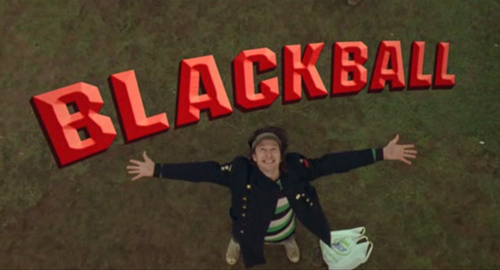 Blackball
Another guilty pleasure (and another I saw at the cinema), with Paul Kaye as a working class bloke who takes on the fusty old crown green bowls establishment. James Cromwell is wonderful as his arch nemesis, there’s a part for Bernard Cribbins, and even though it’s directed by Mel Smith it’s quite good – sort of a UK take on the American sports comedy sub-genre. Mark Little’s cameo is brilliant 😀

High Heels And Low Lifes
Breezy comedy thriller about two friends (Minnie Driver and Mary McCormack) who become embroiled in a plot to con money out of gangsters. Directed by Mel Smith, but don’t hold that against it, it’s very likeable with some funny moments and some nice scenes. The ending is a bit wank though. Michael Gambon and Kevin McNally make great villains.

The Cottage
Quite engaging little Brit horror from writer/director Paul Andrew Williams (whose London To Brighton I’ve still not watched). Chalk and cheese brothers (Andy Serkis and Reece Shearsmith) kidnap the foul-mouthed daughter of a gangster (Jennifer Ellison – ex of Brookside) and hole up in a remote country cottage. Then bad things start happening. Really bad things. Some genuinely scary moments, though the reveal is disappointing. Reminded me in parts of Scarecrows.

Bedrooms And Hallways
The British film industry for too long churned out shit like this. A bunch of dull middle-class wankers fuss about trying to figure out who they fancy. A waste of actors like Kevin McKidd, Julie Graham, Christopher Fulford, Jennifer Ehle, Tom Hollander and Hugo Weaving. I’ve not seen any other films by Rose Troche; maybe this was an off day for her.