Bloody Sunday
Paul Greengrass’ shaky-cam recreation of the 1972 Derry civil rights march and subsequent massacre of unarmed civilians at the hands of the Paras. James Nesbitt at his jittery best as march organiser Ivan Cooper, with the likes of Tim Piggott-Smith and Nicholas Farrell as serpentine upper crust British officers, and noted mercenary Simon Mann as the Paras’ battleground commander. Interesting contrast with Jimmy McGovern’s own, more ground-level oriented take on events, Sunday.

Bombshell
Thoroughly pedestrian attempt to dramatise the sinking of the Greenpeace vessel the Rainbow Warrior in a New Zealand harbour by French intelligence agents. Narratively confusing as director Riccardo Pellizzeri can’t decide whether to stick with the activists, the state terrorists, their bureaucratic overseers, or the Kiwi cops investigating it all. 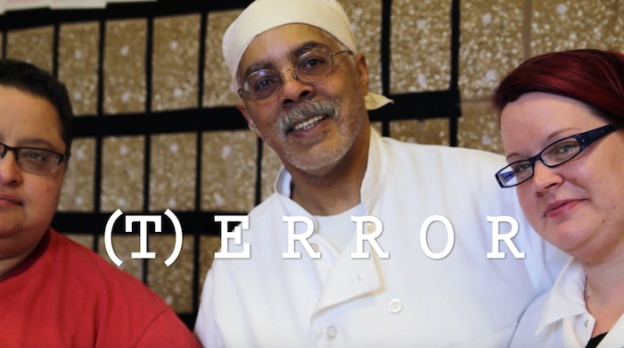 (T)ERROR
Terrifying documentary by Lyric R Cabral and David Felix Sutcliffe looking at Saeed ‘Shariff’ Torres, an ageing former Black Panther with more than a hint of the Walter Mitty about him, who claims to be something of a freelance undercover agent for the FBI. In time we come to realise that he is indeed a paid informer on a long leash, as the documentary’s second subject, Muslim convert Khalifah al Akili, is scooped up by the Fed’s shortly before he is scheduled to appear at a press conference decrying Torres’ bumbling attempts at getting him to confess to non-existent terrorist plots.

The scariest thing of all? Torres is not alone – he is one of an estimated fifteen thousand such provocateurs and snitches.