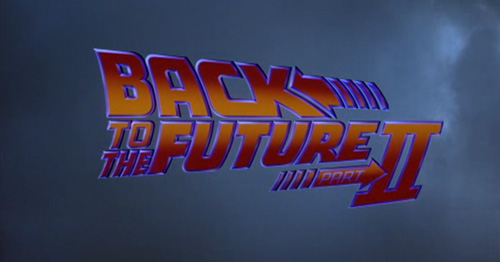 Back To The Future Part II
The dystopian future one! Hover boards FTW.

The Contract
Slight but not unwatchable thriller about a widower trying to bond with his son on a camping trip who instead is faced with a bunch of professional hitmen trying to recover an accomplice. John Cusack and Morgan Freeman on autopilot, directed by AUssie veteran Bruce Beresford (Breaker Morant, Driving Miss Daisy, Paradise Road).

Behind Enemy Lines
Navy aviator Owen Wilson is shot down by dastardly Bosnian Serbs hiding evidence of war crimes in war-torn former Yugoslavia, and is forced on the run to escape his pursuers. Not great, but watchable. Director John Moore was the prick responsible for the Omen remake, though, so watch your rage levels.

Back To The Future Part III
The cowboy past one! Steam punk FTW.

Behind Enemy Lines II: Axis Of Evil
A sequel with no connection to its predecessor, with an elite team of Navy SEALs (yawn…) parachuting into North Korea on some boring mission or other, ending up getting captured, tortured, blah blah blarrrrgh! Why did I watch this?

Behind Enemy Lines: Colombia
Very silly second sequel which follows the first sequel into exactly the same plothole minefields, only on a different continent. Still, actor Tim Matheson (the Veep in The West Wing amongst other things) directs efficiently on behalf of producer WWE (yes, as in the wrestling) Films, which in turn provides ring meat Mr Kennedy as a supporting character. In terms of plot, narcoterrorists in Colombia, blah, Navy SEALs sent down there, blah, double cross, blah blah blah… Steven Scarface Bauer and Yancey Kingpin Arias are amongst the more familiar faces.

Freedomland
Reminded me a bit of Gone, Baby, Gone – an effective little thriller which falls apart at the end with a silly twist that undermines all preceding it. Still, Samuel L Jackson is effective as a tired, asthmatic cop tasked with finding Julianne Moore’s daughter, kidnapped in the local housing projects. Joe Roth (not someone I’d heard of before) directs well, Richard Price adapts his own novel into the script. 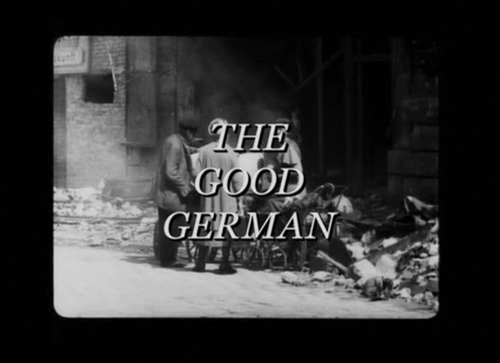 The Good German
Steven Soderbergh has a crack at directing a The Third Man-style post-war noir, with George Clooney, Cate Blanchett and Tobey Maguire running around Berlin immediately after the war. Not bad, though with all the attention to period detail I wish someone had come up with a more convincing 40s-style title screen than the 70s telemovie one they ended up with.

Tigerland
Joel Schumacher in ‘directs quite good film’ shocker. Colin Farrell is a barrack room lawyer not making friends amongst the instructors at a ‘Nam-era Marine camp.