Broadcast News
James L Brooks’ follow up to Terms Of Endearment is a pleasantly mature love triangle set in a network news office, with manic producer Holly Hunter falling for vacuous new anchor William Hurt, but herself the subject of a crush from her best friend, reporter Albert Brooks. There’s no really big moments, it just hums along nicely, and believably. 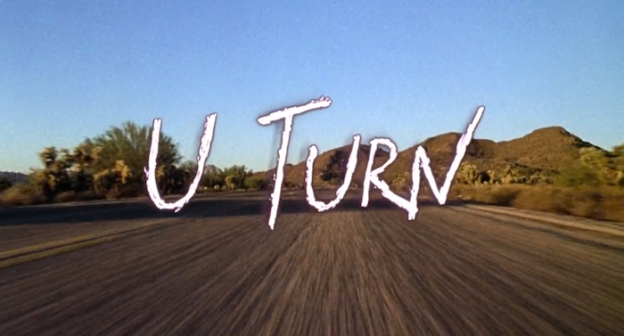 U Turn
Bemusing neonoir from Oliver Stone, with drifter Sean Penn trapped in a crappy little Arizonan town thanks to a blown radiator, with a loan shark’s goons on his tail, and various local characters conspiring to prevent his leaving. With Jennifer Lopez as the femme fatale, Powers Both the gruff sheriff, Jon Voight in redface as a gnomic Vietnam vet, Nick Nolte at his grimmest as a venal realtor, Joaquin Phoenix and Claire Danes as teen lovers, and Billy Bob Thornton giving his all as the town’s mechanic. For all the flashy cutting and visuals, it’s just a bit pants. Adapted from a novel by John Ridley, who later scripted 12 Years A Slave.

The Terminal
Steven Spielberg and Tom Hanks in inspired by a true story territory once again, here in a fairy tale about a mild-mannered traveller getting stuck in bureaucratic limbo in an American airport when political intrigues in his homeland leave him stateless. Moderately entertaining trifle, with Catherine Zeta-Jones as the love interest, and Stanley Tucci as the arch-nemesis.