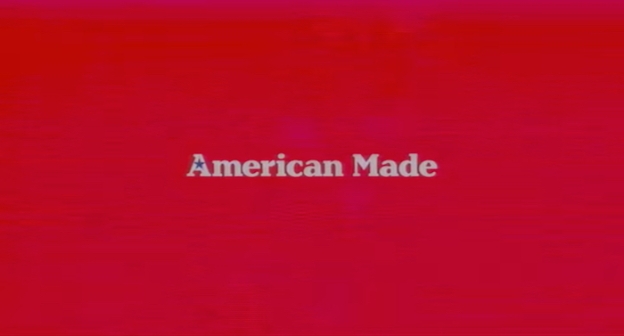 American Made
So-so Tom Cruise vehicle, a based-on-true-events affair about a pilot who flew drugs and got involved in the Contras and ended up dead. Not as energetic as Air America, not as fun as Blow. Not director Doug Liman’s finest, but always nice to see Domhnall Gleeson and Jesse Plemons on the big screen.

The Girl In The Spider’s Web
Pointless extension of a dead man’s trilogy, with Claire THE QUEEN Foy taking over as Lisbeth Salander (now basically an invincible freelance superspy/sleuth), and Fede Álvarez directing from David Lagercrantz’s scab novel. Sure, the odd thrilling sequence, or part of a sequence, but pointless, empty, distasteful.

Point Blank (2019)
Uncomplicated, unpretentious American remake of À Bout Portant. Anthony Mackie is a hardworking inner city hospital nurse looking forward to his wife’s impending sprogdrop; Frank Grillo is an honest thief out on the lam, pursued by cops, gangsters and whoever else. Pretty good from Joe Lynch, though the third reel thing with Markice Moore as a cinephile drug lord (big fan of Sorcerer slows things down when it should be speeding up.

The Babysitter
Quite odd genre-splicer with Samara Weaving a foxy babysitter and Judah Lewis her somewhat bullied young charge. BUT EVERYTHING IS NOT AS IT SEEMS when the kid’s parents leave town for the night. Directed with glee if not complete coherence or mastery by McG.

Black Panther
Rather spirited and enjoyable afrocentric addition to the MCU (and by my score its most entertaining and absorbing instalment), with Chadwick Boseman impressive in the title role, but almost eclipsed by Michael B Jordan as his nemesis. Directed and co-written by Ryan Coogler (Fruitvale Station).