Tony
A British serial killer flick about a socially inept man who just wants to have a friend. Cue tagging along with junkies (“I’d like to try some of that smack. Would you like some beans on toast?”), visiting brothels (“You been busy?”), accidentally picking up men in gay bars (“I’ve got some Paul Young tapes somewhere…How about orange squash? I’ve got fishfingers…”), talking at cross purposes with TV licence inspectors (“Have I got any cable?!”), etc.

You can guess the rest. Peter Ferdinando is excellent in the title role, and his cousin Gerard Johnson directs very well – certainly someone to keep an eye out for. Dalston looks admirably grotty. And it avoids most of the clichés of the genre – a suitable double-bill partner for Dahmer. 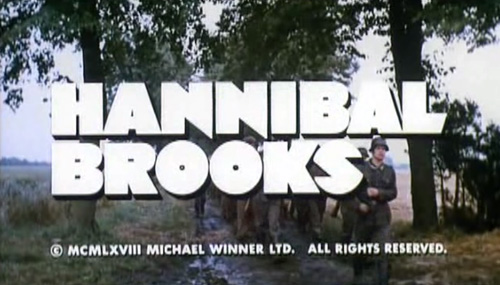 Hannibal Brooks
Michael Winner directs Oliver Reed as a British POW who befriends an elephant and tries to walk to the safety of neutral Switzerland. What’s not to like? Plus Michael J Pollard as drawling escaped GI Packy, Helmuth Lohner as likeable Austrian soldier Willi, Karin Baal as a Polish parolee along for the ride, Wolfgang Preiss as a textbook bad guy, and fun cameos from the likes of John Anderton and James Donald, interlopers from a different film entirely.

Got to love the crash zooms, beautiful landscapes and Reed turning in a performance of a lifetime.